Tan Ay Peng just come back from running in Bangkok Standard Chartered Marathon on Sunday 23 Nov 2008. His daughter, Yi Ling, went with him. While he ran in the full marathon, her daughter ran in 10 km category.

Full marathon started as early as 2:00 a.m. for those slower runners – the early birds. Being a seasoned marathon runner, he ran the 3.30am batch. The weather in Bangkok in late November is beautiful, windy and cool, at about 18C in early morning.
. 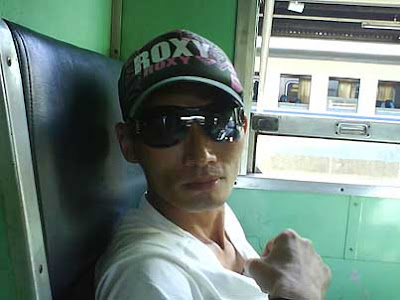 Another Malaysian woman runner, Dr Lily Kuan was there. She is awesome: she did Lumut Powerman (9 Nov), ran Penang Bridge Full Marathon (16 Nov), and then Bangkok Full Marathon (23 Nov); that was back-to-back marathons, and in both runs she did at 4hr and 22 min only. Better result than Ay Peng, who clocked in 4hr 57min. What impressed him most was that 2008 Penang marathon was her maiden marathon !!
. 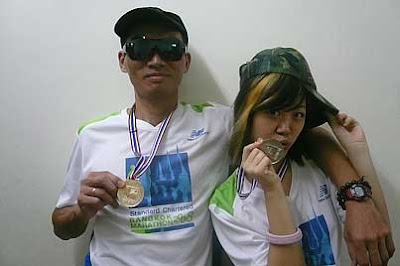 Congratulations for completing the run - Ay Peng with his daughter, Yi Ling
.

Ay Peng and Lily managed to "escape" from Bangkok on Sunday noon, 23 November. Lily flew out 3 hour after the run via Bangkok airport, whereas he took a night train from Bangkok to Hadyai. Both of them are lucky enough to depart in time or else would be stranded in the politically unstable situation when Suvarnabhumi international airport of Bangkok was paralyzed by the "yellow army" on Sunday afternoon.
. 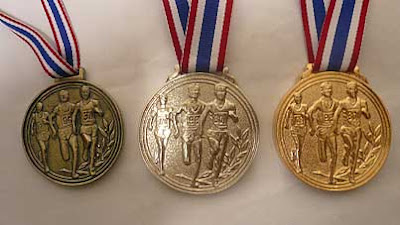 The medals - Champion, 1st Runner-up, 2nd Runner-up... courtesy of the organizer for allowing Ay Peng to take the photo. 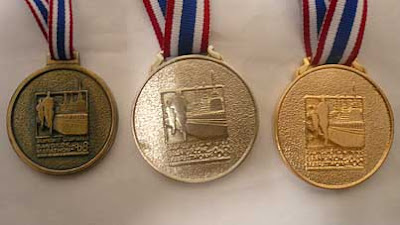 Note: photos are taken with his handphone.

Note by KC: Yes, Tan Ay Peng is a serious marathon runner. Click here to see his credential. From his description of marathons in Thailand, looks like it is an excellent idea to run marathons there too other than KLIM, PIM, SIM (for Kuala Lumpur, Penang, Singapore).

Photos below are extracted from the Bangkok International Marathon official website: 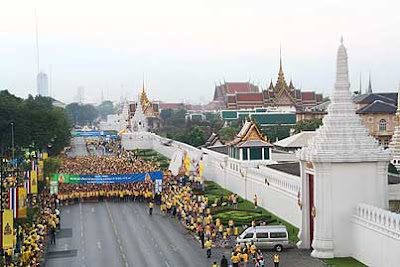 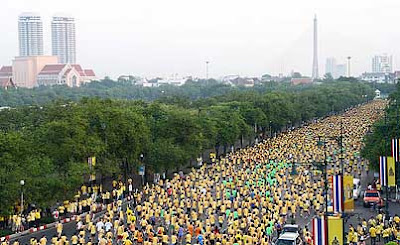 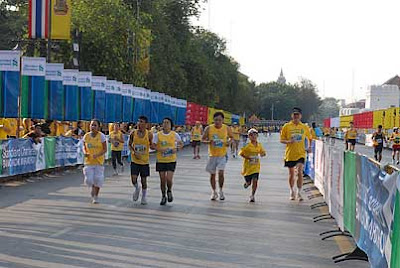 Posted by KC & the Sunshine Runners at 11:10 PM
Email ThisBlogThis!Share to TwitterShare to FacebookShare to Pinterest
Labels: Run - BIM