Chinese New Year Trekkers Dinner at Noble Mansion, Plaza Jaya 33, Petaling Jaya on 15 Feb 2014, Saturday ... It was an evening of camaraderie reminiscing the past trekking trips, with lots of Yum Seng, good fun and good food. The event was organized by Joseph Yong and assisted by Sharon Tan.

Do click here to view 192 photos courtesy of yours truly (KC Leong). 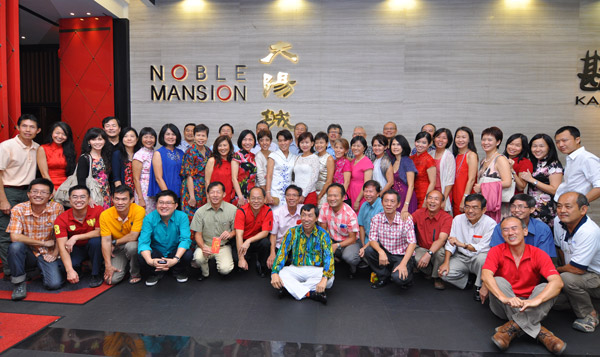 The trekkers for the Chinese New Year celebration 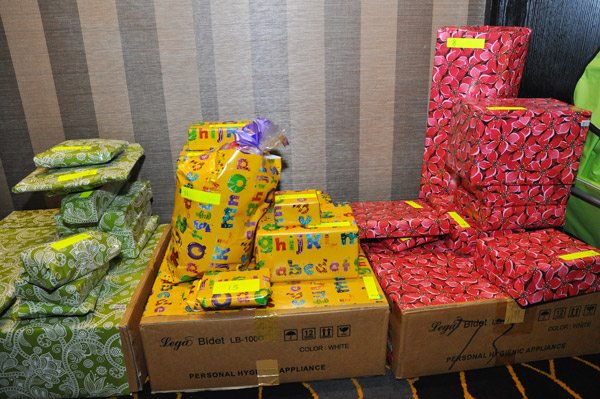 Many prizes contributed by Joseph Yong 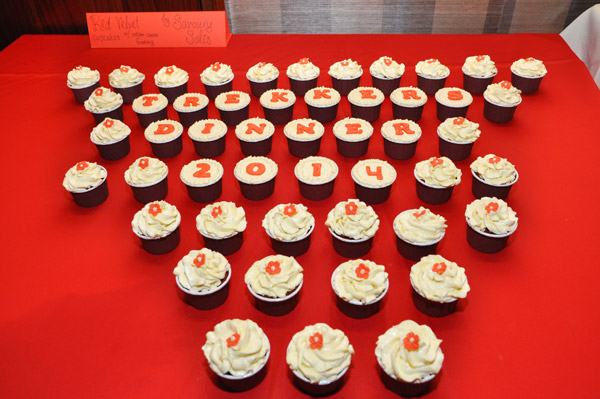 One cup cake for each participant 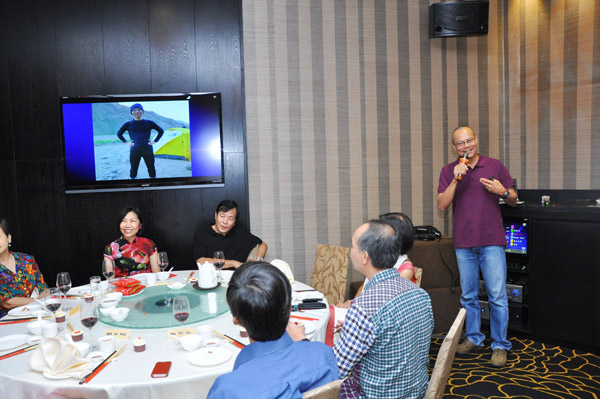 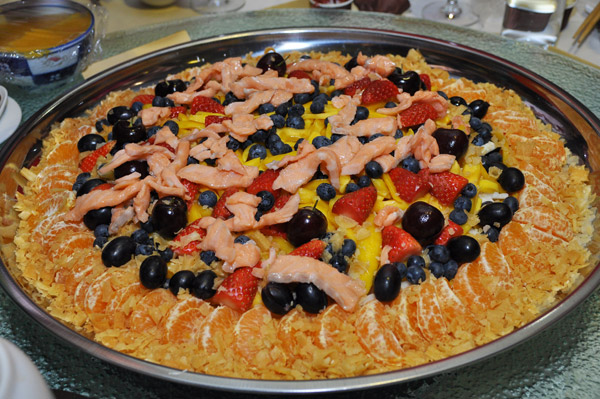 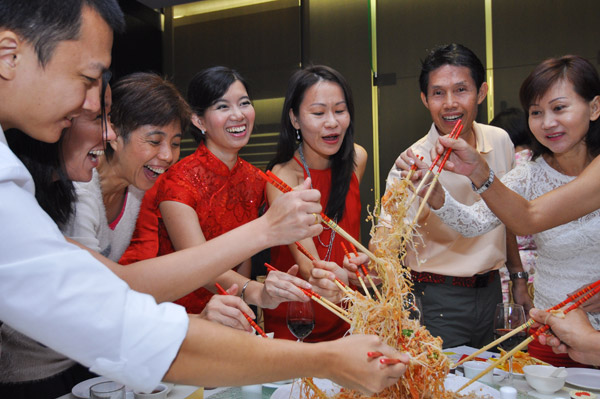 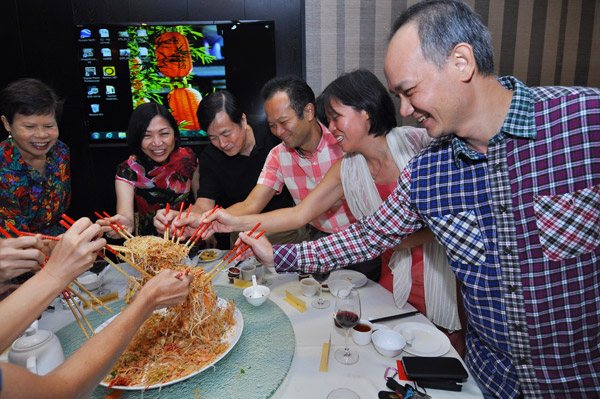 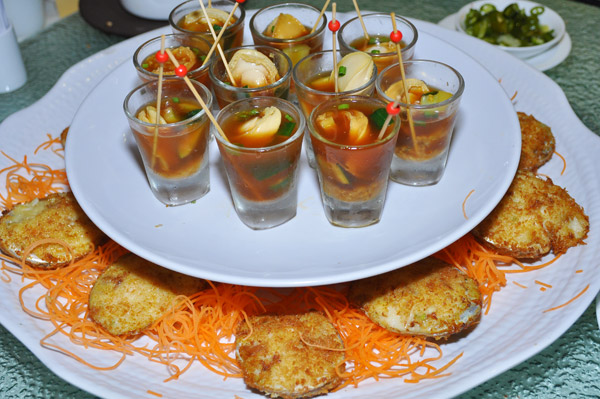 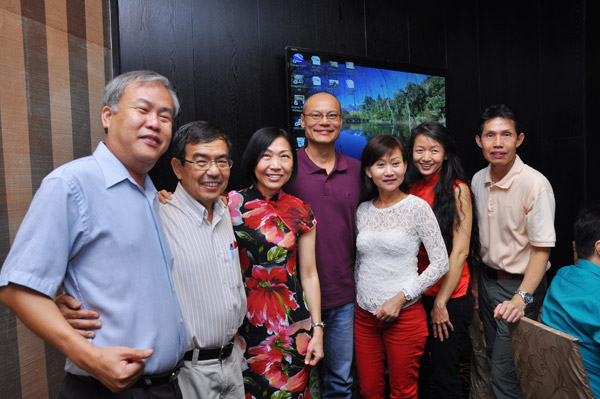 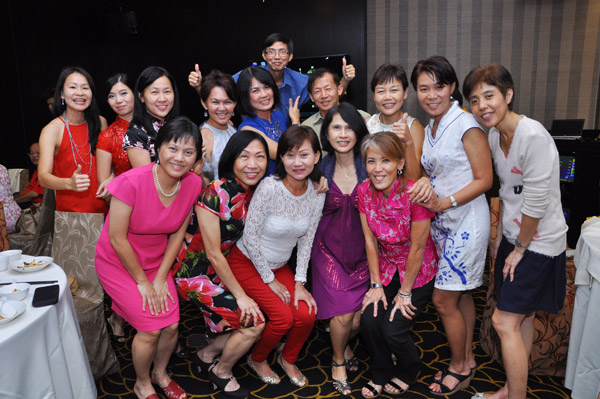 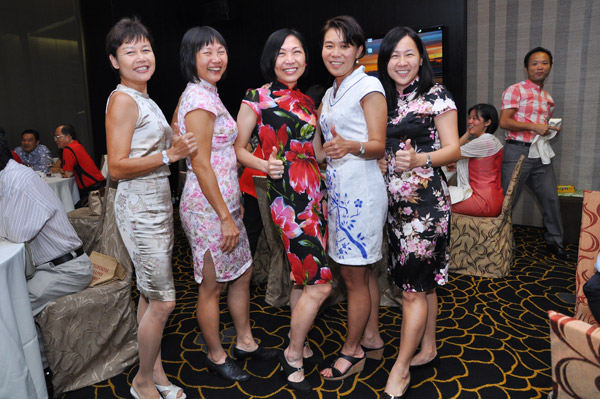 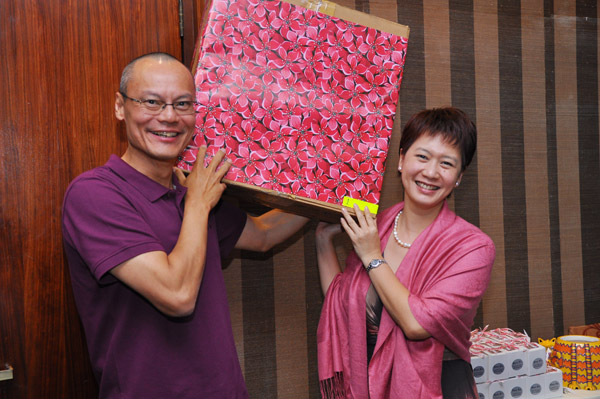 One of the lucky participants with big prize 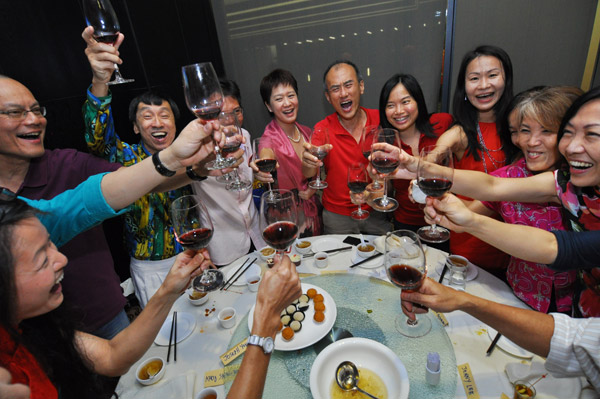 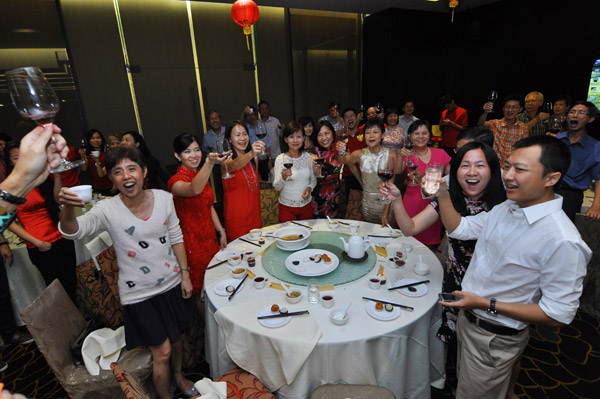 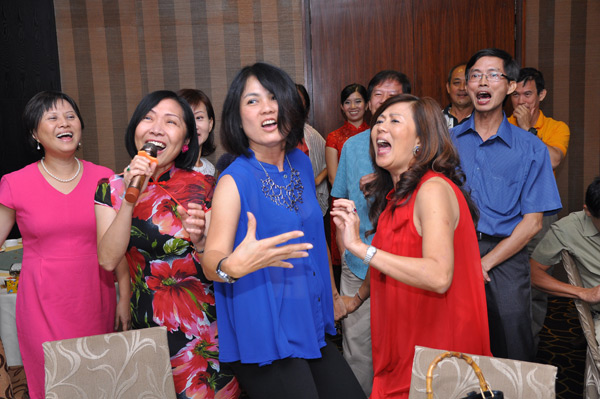 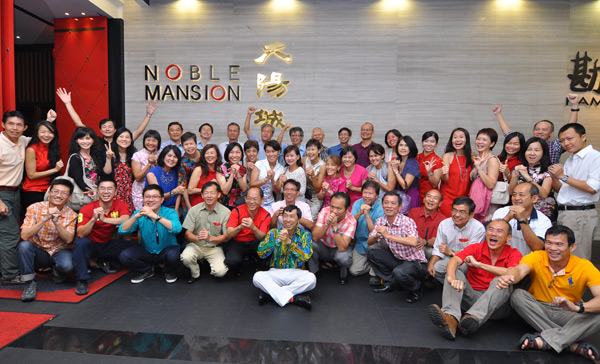 A group photo in front of the Restaurant … see you all next year.

Do click here to view photos courtesy of yours truly (KC Leong). 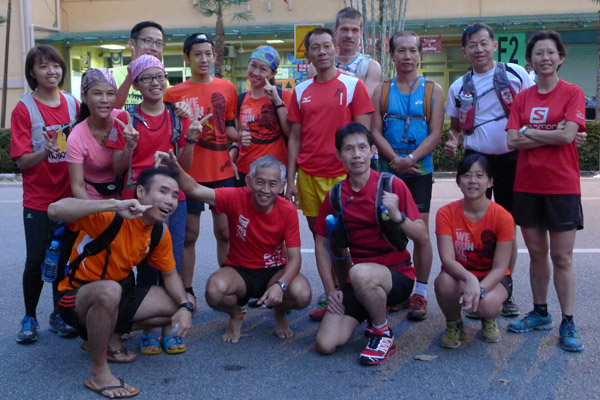 
Led by yours truly and Chong YF, we ran and ran and ran starting from Rover Track. We have two contrasting groups: the fast runners such as Robert Holmes, Rothman Fong and WaiChing Soh; and the barefoot trail runners from Tan Wah Seng's group that is slightly slower. So WaiChing led the fast runners and run extra loops while waiting for the slower runners to reach the checkpoints. 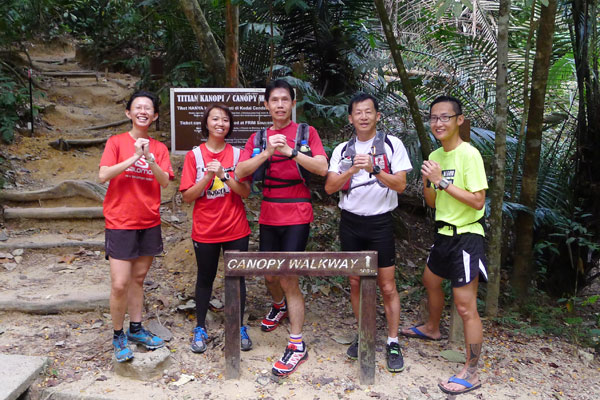 Part of the team at the Canopy Walkway

I was wearing the new Salomon XR Crossmax 2 trail running shoes. One of the Malay girls (that I met at Canopy Walkway trail) commented that my shoes were very colourful; so I quipped that it is good for Chinese New Year - very ONG. 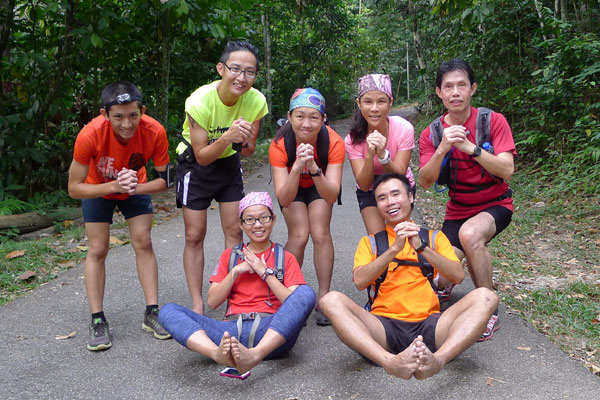 
It has been almost more than one week without rain; so the ground was very dry, devoid of any leeches. I still prefer the rainy days where the air was cool and fresh, and the ground was soft; never mind the leeches as one would be motivated to run faster to avoid letting the leeches to cling to the feet.

When arriving at Salem High Country Hill, we continue to run one round at the foothill and then spiral up to the peak. Going one round in Cantonese mean "jin" and "jin wan" is an auspicious activity during the first 15 days of the Lunar New Year. 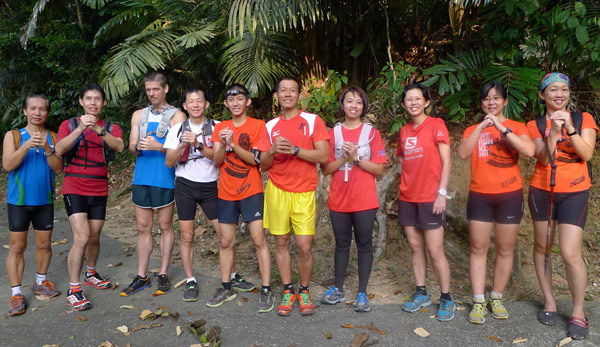 Wishing all good luck in the 2014 Lunar New Year ... May the Year of the Horse bring you good luck, good health, happiness, and prosperity. 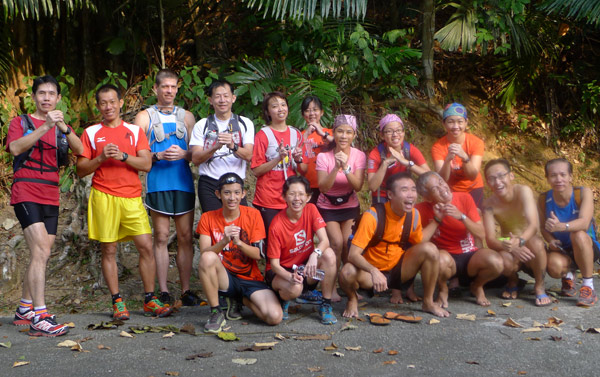 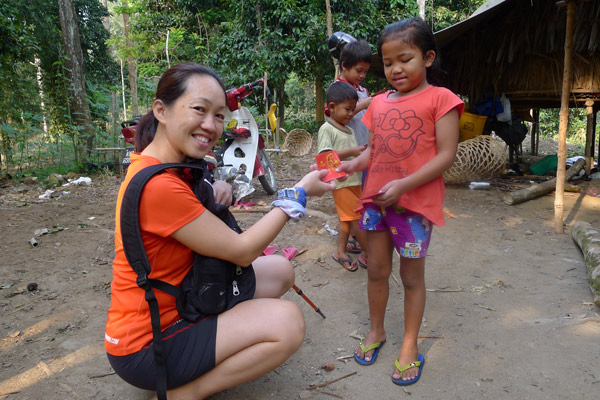 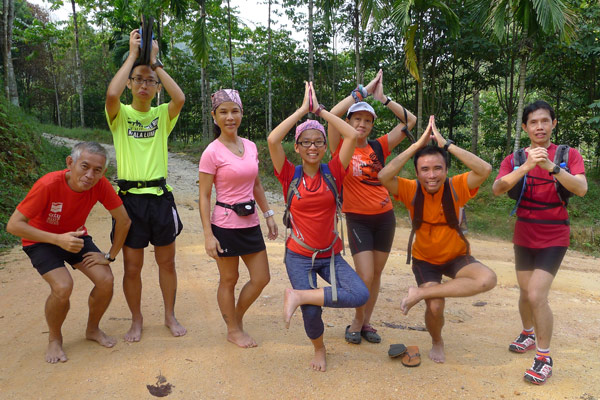 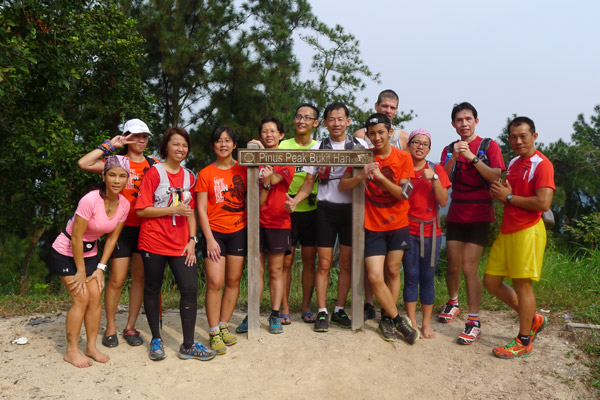 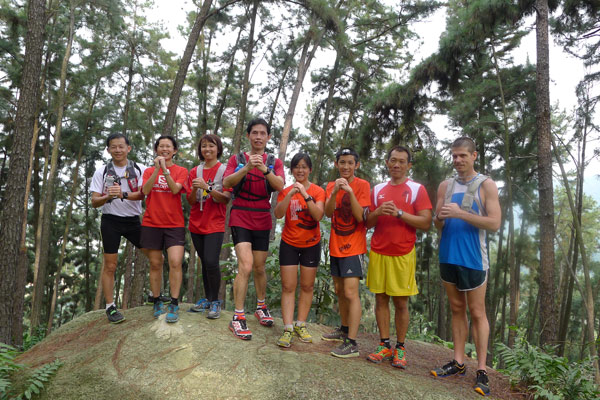