USJ Zhineng Qigong Genting Retreat at Chin Swee Temple from 18 - 20 July 2014. In this retreat, there was no full set of training, just enjoy the fun of chi gong amid the cool environment in the high mountains compares to the hot July month in Kuala Lumpur.

Focus areas:
a.Chi healing and to use chi healing in our daily activities and chi gong practice
b.Loosening of spine and coccyx
c.Creating own chi field

Do click here to view photos courtesy of yours truly (KC Leong). 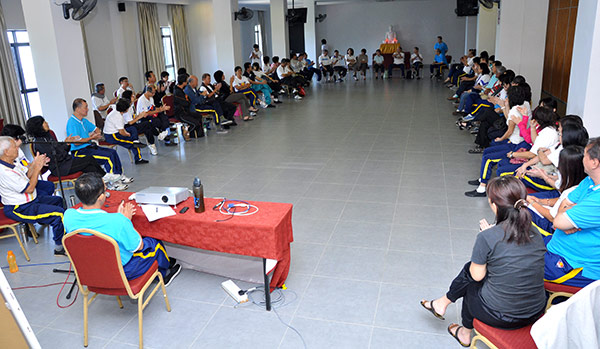 The training hall with a Buddha statue at the far end 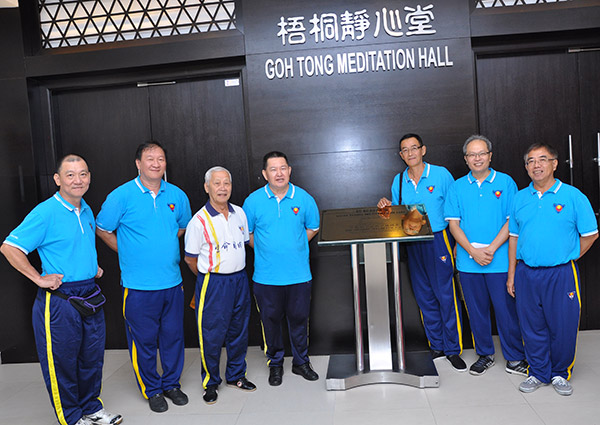 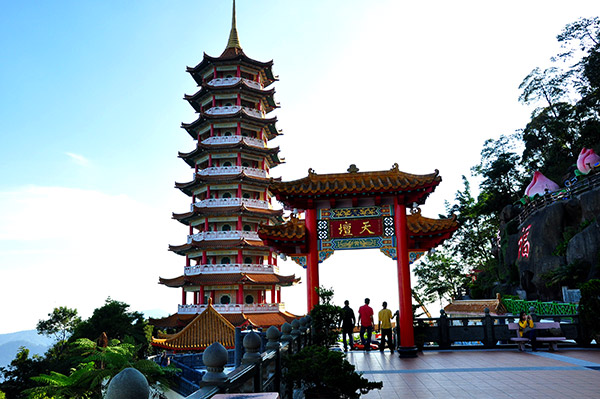 Built almost as the same time of Genting Highlands, the pagoda is the signature landmark of Chin Swee Temple 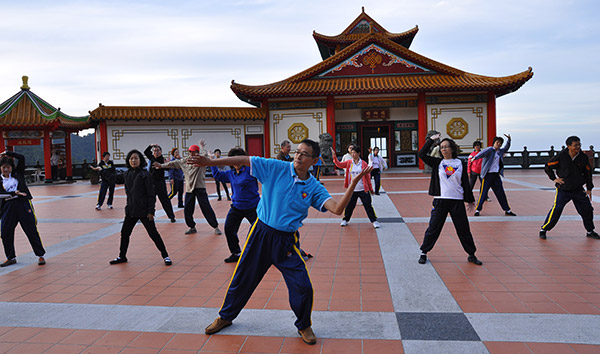 Lead by Alan Yu laoshi, the members are practising tai-chi ball, another form of chi gong exercise of Zhineng Qigong 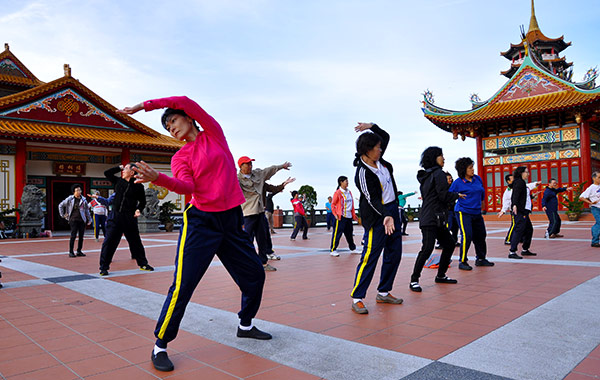 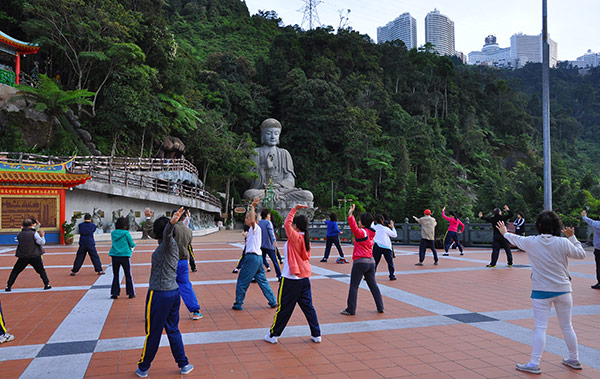 Genting Highlands are visible from here 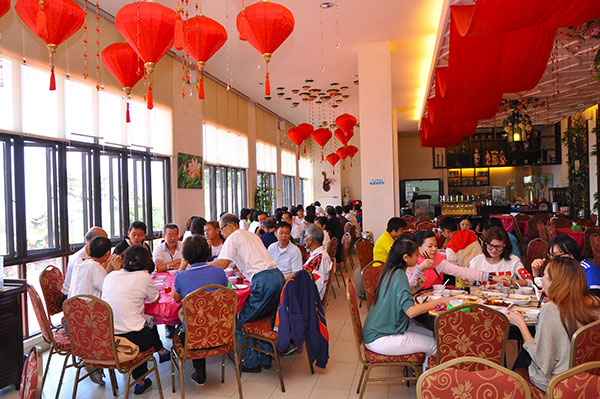 Having our vegetarian meals for the 3D2N retreat 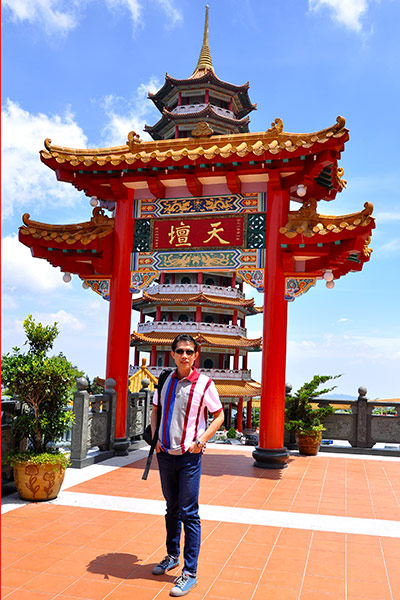 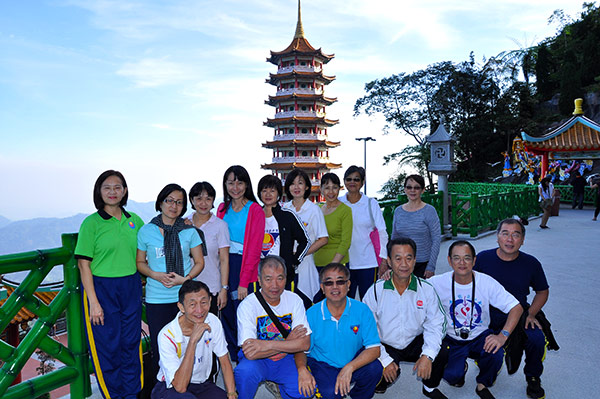 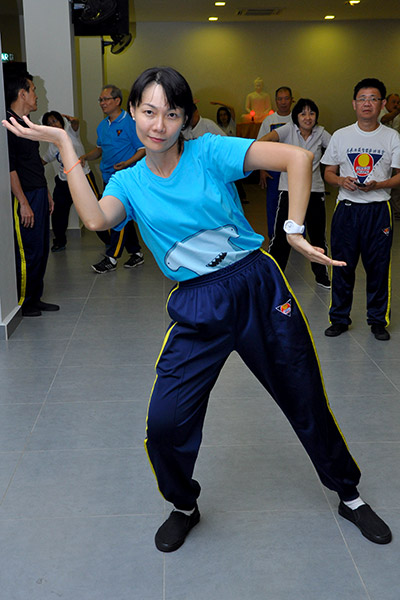 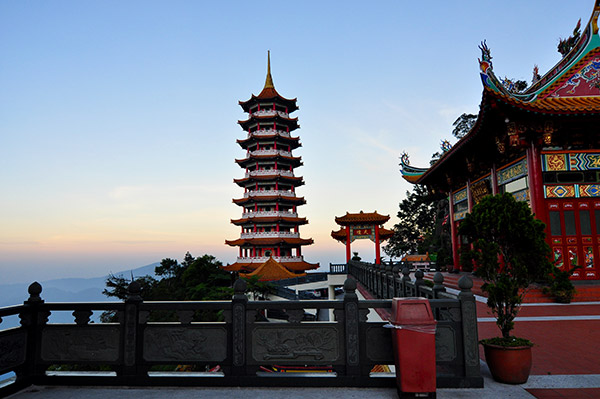 A new day has dawn 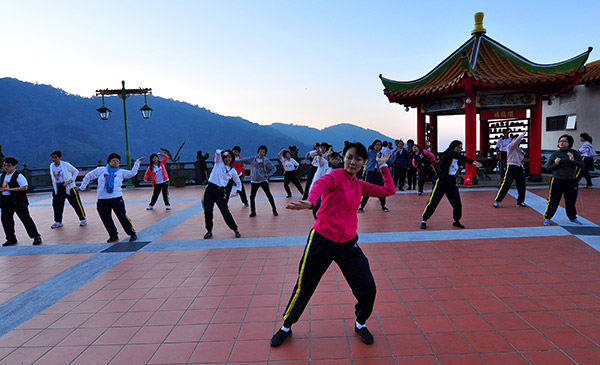 Group practice of chi gong in the early morning 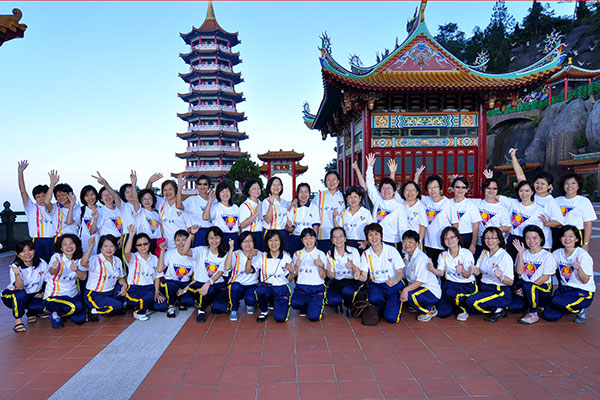 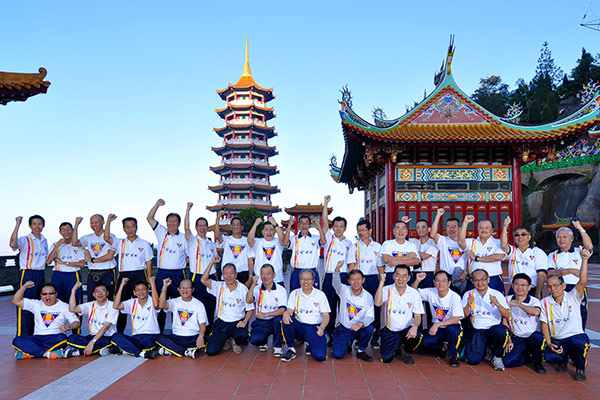 Do click here to view all photos, events or activities of Zhineng Qigong, PSZQM (scroll down the pages for more).

Posted by KC & the Sunshine Runners at 9:16 AM No comments:
Email ThisBlogThis!Share to TwitterShare to FacebookShare to Pinterest
Labels: Qi Gong

While approaching the Pondok at the end of the never-ending road this morning (5 July 2014), I could hear the roar of the water cascading down the rapids. During the dry spell, how could the roar be so load. While approaching the first stream crossing, we (Wilson Liew, Jia Hao) could see the stream was swelled with water.

The scenario was totally different from the dry season that we experience in Kuala Lumpur for the past few weeks. We were told that the night before, it was raining heavily in Gunung Nuang.

There was no way we could cross the four streams by maintaining the shoes dry. We just walked into the water.

The trail was muddy and slippery; with the wet shoes, that was extra tough for the training. Besides, after the rain, the trail was infested with leeches! I was attacked by five leeches. At one point, I could see a leech, stretching as long as 2 inches, extend into the air getting ready to pound on any human beings that went near.

TonyQ booked two chalets at the carpark of Gunung Nuang for those who are training for 100km in preparation for TMBT on 16 August 2014. We shall repeat the training on 26 July, Saturday. 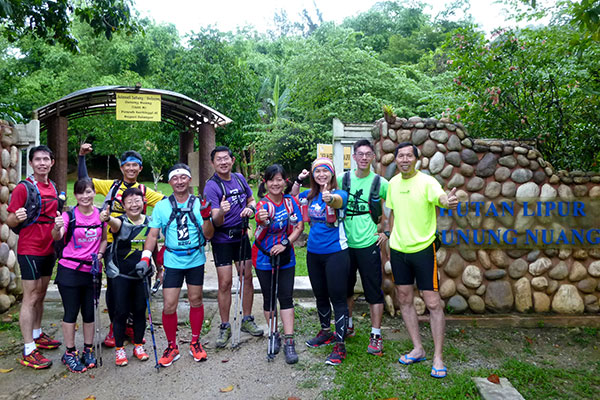 Part of the members at the starting area 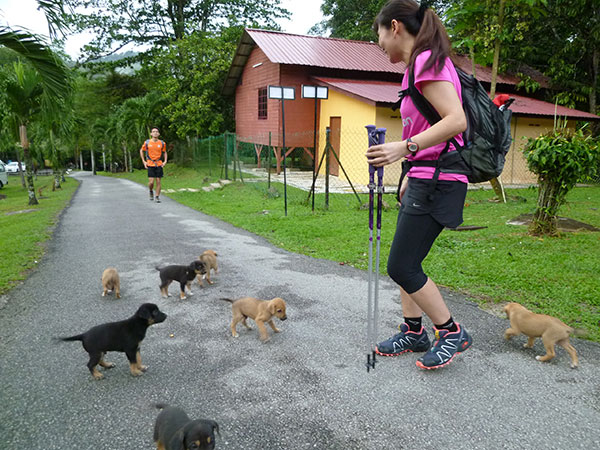 
Posted by KC & the Sunshine Runners at 12:37 PM No comments:
Email ThisBlogThis!Share to TwitterShare to FacebookShare to Pinterest
Labels: Trail Run - Nuang

Yours truly (KC) took part in this MAEPS_MARDI trail running event held at UPM Serdang on 22 June 2014. It was fun going into the various trails of UPM. 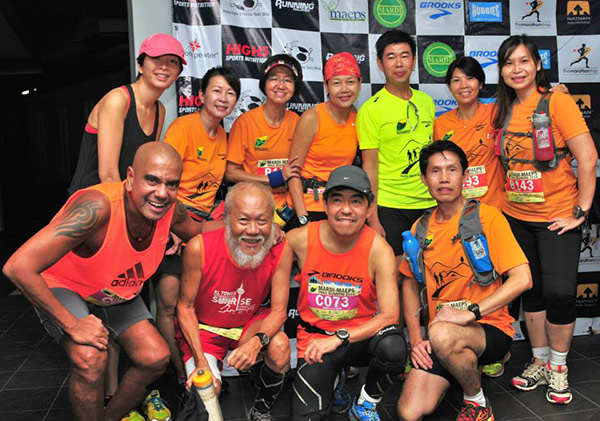 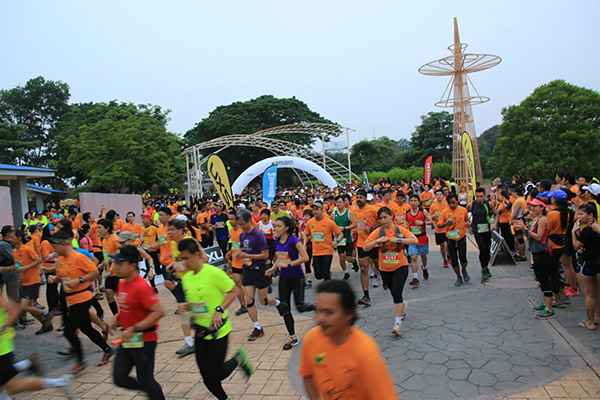 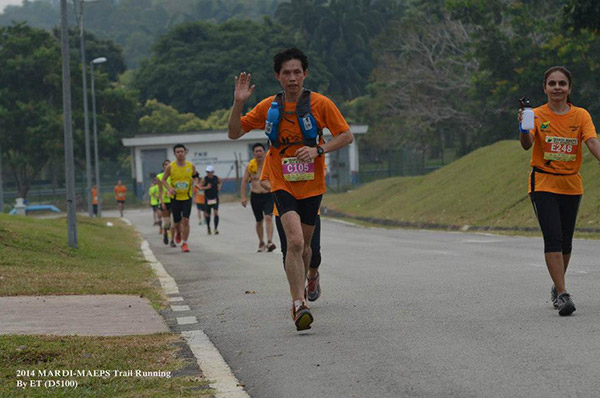 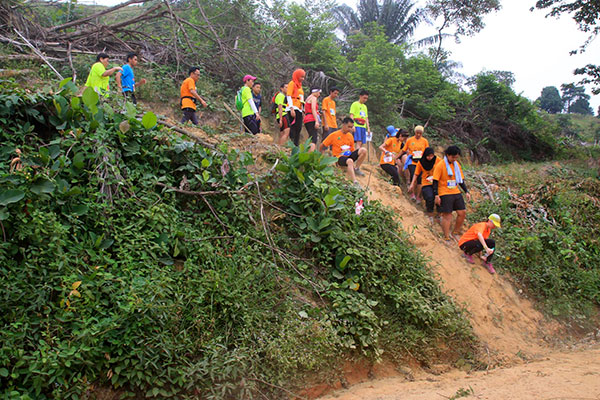 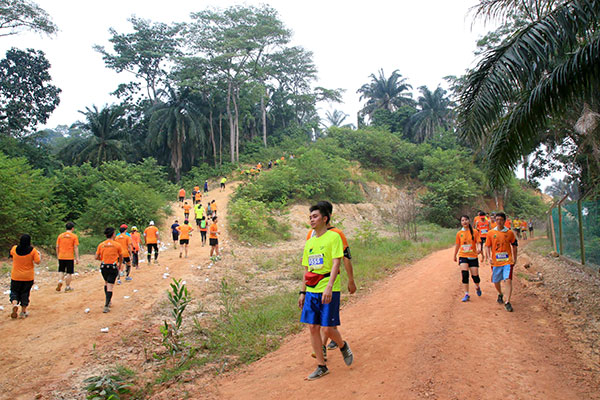 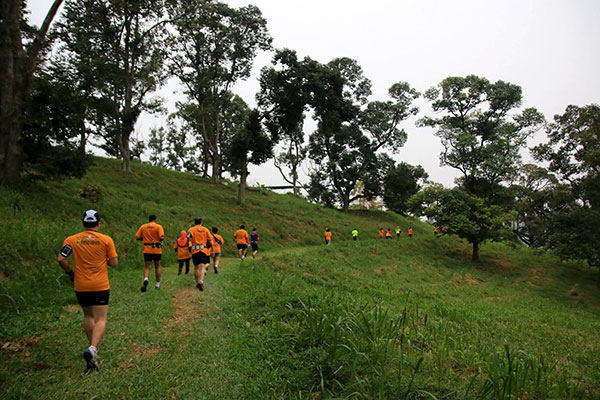